Who are the Florida Fallen?

Floridians who died in service during “The Great War,” known today as World War I, are honored as the Florida Fallen. In 1924, when Memorial Park was dedicated, the number was thought to be 1,219 men and one woman. Since then, the list has grown by more than 40 percent thanks to one man.

Award-winning retired history professor, Dr. R.B. Rosenburg, former Associate Dean at Clayton State University, Morrow, Georgia, generously gives his time to Memorial Park Association for a project which is helping to preserve Florida’s World War I history and heritage. Ongoing since 2017, Rosenburg’s research project – The Florida WWI Memorial Database: Uncovering military-related deaths during and after the Great War – assists Memorial Park Association to uncover the stories of the men and women who gave their lives in service during World War I. Rosenburg’s research expanded the original list of deaths from 1,220 to more than 1,700 and also filled in the blanks of indiscernible names on the waterlogged memorial scrolls. The vast majority (96%) of Florida’s Fallen were enlisted men, the most common rank being private or its naval equivalent of apprentice seaman. Edward Cantey De Saussure was among the relatively few officers from Florida who…

END_OF_DOCUMENT_TOKEN_TO_BE_REPLACED Lee Brezel (pronounced “bre-zeal”) was born on May 25, 1890, in Gordon, Wilkinson County, Georgia, between Macon and Milledgeville. His father was Forrest Brezel (1868-1924) from Irwinton who married Mollie Brantley…

END_OF_DOCUMENT_TOKEN_TO_BE_REPLACED 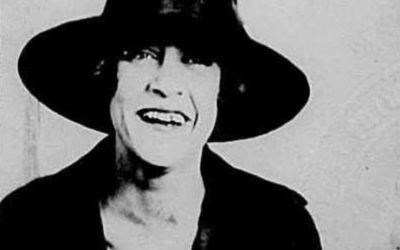 In 1922, The Women’s Overseas Service League, a national organization formed the previous year to recognize women who served overseas in or with the Armed Forces…